Car lovers always try to boost their speed to find eternity. Our cars have limited power, so they cannot do that frequently. So car enthusiastic people searching a way to increase the speed with efficiency. Turbo is the best option for them.

Though they don’t have an exact idea of how to do that? and how much does it cost to turbo a car?. We are going to share with you every pro and con regarding the turbo cost.

How Much Does it Cost to Turbo a Car?

Usually, a new low-end turbocharger is going to cost between $400 to $2,000 in 2022. But if you find a suitably used turbo for your car, it will cut your cost in half. Turbo varies from one model to another model and cost also depends on the base of the model.

The cost of a turbo car is largely determined by two factors. First, turbo cost and then labor cost. Here’s a summary of the cost to turbo a car

How Much Does a Turbocharger Cost in 2022?

When you want to spend money on the turbo you have to think of two things one is turbo price & another one is labor cost. Different types of a car need different types of turbo so expenses vary from model to model. But you can get the turbo for $400.

The price of the turbo will increase with the quality. Labor costs will vary from store to store. It depends on how much time it takes to fix the turbo. It may take a minimum of one and a half hours to fix & the cost per hour is $90-$120.

Though labor costs will increase if the process takes time. Classical car (don’t have A/C) needs 6-10 hours to replace a turbo. The car with A/C can take 5-7 hours more to finish the job.

DIY Cost to Turbo a Car

Turbo engines are a bit costly and it needs extra wiring and tubing for functioning properly. This doesn’t take too much time but it needs some critical work to be done. One thing goes wrong then all the money you spend just waste in a few seconds.

Important Suggestions: Don’t do it by yourself if you don’t know or it’s your first time. Hire an expert by spending a couple of bucks which will save our investment.

What is the Turbo?

A turbocharger, commonly known as a turbo, is a turbo engine that increases an internal combustion engine’s power by forcefully inducing additional air into the combustion chamber. The most common types of turbocharged engines include trucks, cars, trains, aircraft, and construction equipment.

How Does a Turbo Work?

In theory, a turbo is simply a hot pump that forces more air into the engine. More air engines can generate power more efficiently and improve performance reducing fuel consumption and cutting emissions. The turbo is mounted in the exhaust system between the exhaust manifold and exhaust pipe as exhaust gas exits the engine its drives the turbine which turns the compressor pulling in air and compressing it.

Oil passes through the turbo providing vital lubrication. Here you can know a lot of information about the cost of an exhaust pipe in a car. In practice, the turbo is a highly efficient complex piece of engineering built to tolerances of thousands of a millimeter. It comprises a turbine and compressor connected by a shaft supported by a bearing system.

The turbo is driven by the waste energy from the exhaust gas. This gas enters via the turbine housing turns the turbine and leaves through the exhaust outlet. Exhaust gas temperatures can reach 950 C which means that high-temperature materials are also needed for the turbine wheel & turbo housing.

Air enters the compressor at an ambient temperature that leaves it at up to 200 degrees C. As air pressure increases its density decreases which reduces power. So it’s usually passed through charged air cooler or intercooler which uses air or water to cool the hot high-pressure air. The forged shaft linking the turbine and compressor runs in a bearing housing lubricated by oil from the engine.

The clearances for these oil films are critical. At both ends of airing housing are unique oil seals. Totally unlike normal engine oil seals; they are specially designed to cope with the turbos extreme temperatures and pressures and help ensure that oil does not leak either compressor or turbine housings.

Related: How Much Does it Cost to Fix a Dent in a Car?

What are the Benefits of a Turbo or Turbocharged Engine 2022

Turbo can give you a pleasant ride with the additional power it can generate. An obvious advantage of a turbo engine is that it provides more power due to an intake of air, resulting in a far more powerful ride. Turbo engines are smaller than non-turbo engines.

In power, they both compete with each other through Turbo wins in speed and efficiency. Here is a great study of how much a turbocharger can save fuel, the study says it can save $240 to $1,680 in fuel costs if you use turbochargers.

Fuel economy can be gained through it and it also reduces carbon emissions. So can we say Turbo is environmentally friendly? Compare to non-turbo engines, turbo engines’ power is far greater than them.

Related: How Much Does it Cost to Paint a Bumper Cover?

What is the Difference Between Turbocharger vs. Supercharger

Both of them are powerful but which one is better or more reliable?

If you afford both of them then we will suggest Supercharger; It is more reliable overall. More you can read here: https://www.forbes.com/wheels/news/turbocharger-vs-supercharger-difference-better/

Related: How Much Does it Cost to Replace Headlight Bulbs?

How much horsepower does a turbo add?

Turbo will enhance your vehicle’s speed and maximum performance by providing extra power output and torque as well as horsepower. You can get an extra 40 – 110 horsepower by adding a turbo to your car.

Is turbocharging your car illegal?

Turbo is a modification of the engine. It’s not illegal. Every country or states have their speed or emission limit or safety inspection. When we put our hand in the modification process, we have thought that it doesn’t break any law.

Can you put a turbo in any car?

A turbocharger would be capable of being installed on most naturally aspirated engines. It will work in both gasoline and diesel engine. We have to find a proper turbo which suits the engine.

How much do BMW turbos cost?

How does it cost to turbo a Miata?

On flying Miata, the cheapest turbo is $3,800 and the highest it can go is 8 grand. In addition, it was mentioned that it takes around 16 hours to install a turbo, so that’s another $1,500 in labor costs.

How much does it cost to turbo a civic?

Turbo a civic cost about $1,500-$2,000 for a full kit (headers/innercooler/turbo/ECU/exhaust/clutch) etc. You have to spend another 1 grand for labor costs.

How much does it cost to Turbo a Ford Focus?

How much does it cost to Turbo Mustang?

Despite their mechanical complexity, superchargers are expensive. A good kit should cost a minimum of $2,000-$2,600, which will include the head unit, bracket, and piping for your Mustang.

How to cut costs on a turbocharger?

You can cut your cost in half if you can fix the turbo on your own. Which is very difficult. You can justify the charge range by going separate up-gradation station.

Seeing your car they will give you a list of parts. Store-to-store parts prices will differ from each other. List price and you will buy that which matches your budget. You can purchase online because they often run the campaign.

This cost-effective guide on turbo car installation will help you in reducing your costs. Ask questions about your car’s turbo or tell us about your experience. Keep reading and learn more about turbochargers, automobiles, vehicles, and other cost-related information.

You may also enjoy reading: 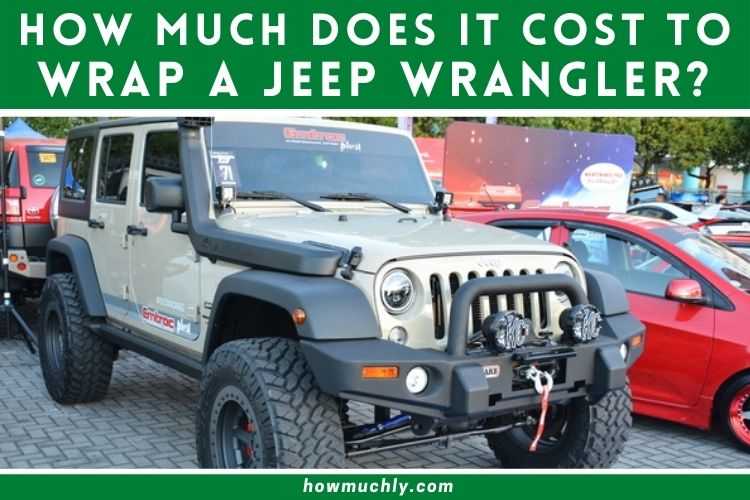 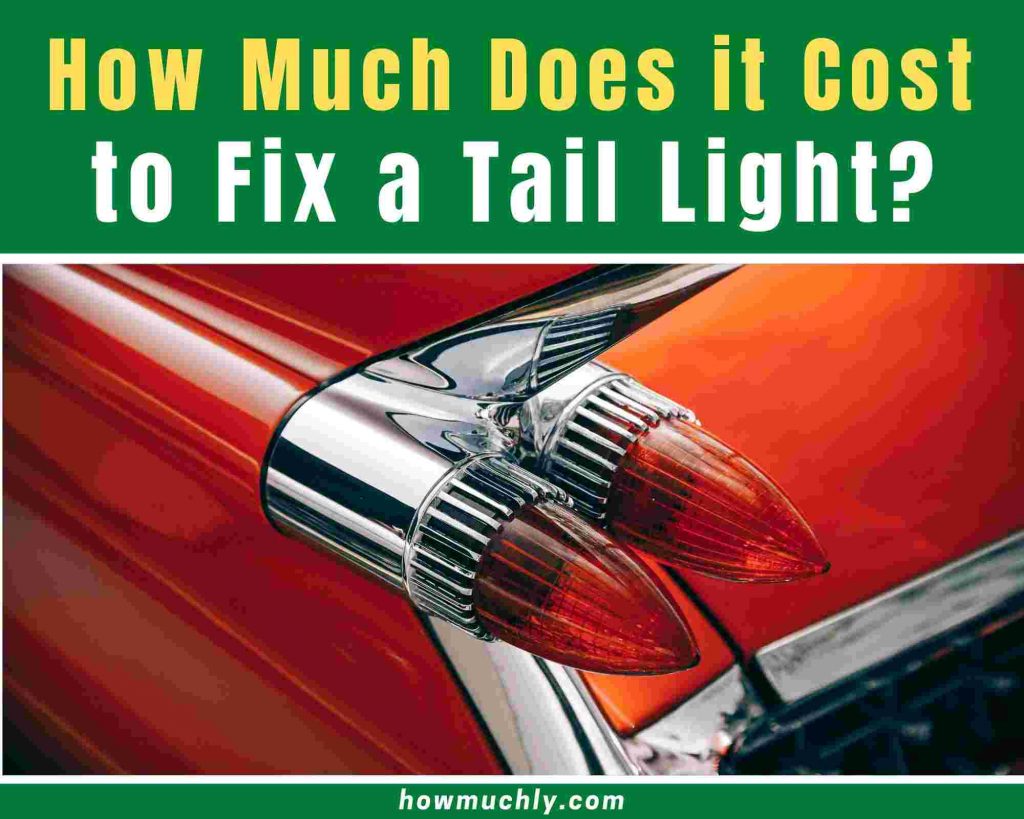 Hi, this is Fred. I love to share information about trade, finance, product analysis, and market research. In this blog, I share all the research, studies, and creative ideas about cost so that you can smartly manage your investment. Use the best of your money. Keep reading and enjoy :)